Want to easily reply, label, or even snooze an email? Check out this very short video from Google which highlights the right click menu in Gmail. I’m ashamed to admit that I had no idea this was an option but now that my eyes have been opened, I use it constantly!

Admit participants in bulk in Google Meet. No more laboriously admitting people one by one! Now you can admit a bunch of people in one go which is great for those larger meetings (or Friday parties!)

Google Sheets: How to Highlight and Remove Duplicates. Looking for a fairly simple way to find duplicate values in a Google spreadsheet? This article lays out the steps in an easy to follow manner.

Replace your background in Google Meet. This feature has been much sought after and finally it’s becoming available – though initially only on Chrome browsers. It is rolling out from 30 October and everyone should have access by 13 November.

Take a break! None of the new rollouts require Administrator intervention (not even the new Google Meet background feature) at this stage of the game. Why not grab a coffee and try the new cat catching game in Android 11? (Details in the ‘collect all the cats all the time’ article below).

Collect all the cats all the time! If you’ve got an Android phone and a bit of spare time then you might like to set up this cat catching game, which is hidden within the Android 11 update. I’ve been having quite a bit of fun with it, though naming the cats is becoming a challenge!

6 things Google learned about families and tech during COVID-19. Google conducted two studies (March and September) to better understand people’s digital wellbeing and tech use and came up with some interesting insights.

Subscribe below to get all new articles plus a hand-picked round-up of the best G Suite for Business information sent to your inbox every week. 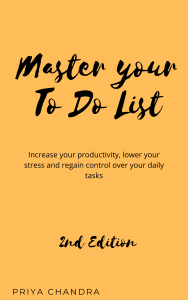 I acknowledge the Awabakal and Worimi peoples as the traditional custodians of the land and waters of Newcastle and pay my respects to their Elders past, present and emerging.